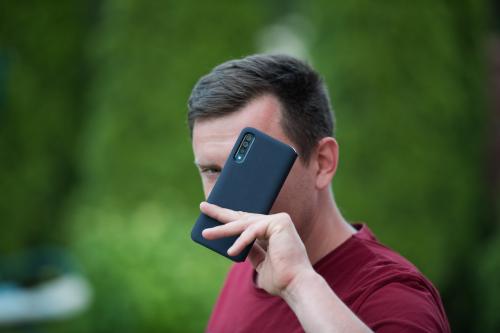 Sellers who rely on third-party vendors often face sham lawsuits that are either entirely fabricated, or reinforced, by the deceptive conduct of a plaintiff (often a repeat litigant).

Well, the case of Hastings v Smartmatch, Case No. 4:22-cv-00228, 2022 WL 4002625 (ED Ark. 01/09/2022), opens the door to an exciting possibility that major buyers, especially companies accepting warm transfers, may in fact pursue plaintiff in such proceedings. , neutralizing one of the biggest headaches facing direct marketers.

In Hastings, plaintiff filed a TCPA lawsuit in the United States District Court (ED Arkansas, Central Division) against SmartMatch Insurance Agency, LLC. SmartMatch then filed a counterclaim alleging fraud on the part of Mr. Hastings. Mr. Hastings, in turn, filed a motion to dismiss which was ultimately granted in part, but the Court certainly did not dismiss this as a complete impossibility, and that is the key to remember here.

To break this case down, let’s start with the general facts leading to the cross-defendant claim:

SmartMatch alleged that Mr. Hastings or his agent went to a third-party site and put in a FALSE name, phone number and the address of his father’s former business. The person who filled out this information has consented to receive pre-recorded calls regarding health insurance quotes by clicking submit. Based on this fraudulent information and consent, an unidentified company – not the website owner or SmartMatch – called Mr. Hastings on March 27, 2021, asking to speak to “Marvin”. This call was later transferred to SmartMatch, which led to the lawsuit.

When Hastings answered the phone, he:

Naturally, he was eventually hooked up with an agent to do just that. This is where SmartMatch comes in as they bought the lead due to perceived interest from Mr. Hastings. Nonetheless, he turned around and sued SmartMatch, a company that never called him and apparently only agreed to take his call – it was a warm transfer to SmartMatch, after all – because he believed he was interested in its products.

As SmartMatch understands it, the plaintiff’s LIES to the unnamed third party – i.e. he was interested in a product when in reality he was simply interested in suing someone – constituted FRAUD.

SmartMatch alleged that it relied on this allegedly fraudulent information provided by Hastings or its agent to the third-party website to expend resources to take the call and pay the advance.

The plaintiff did not like being sued for fraud and asked for the counterclaim to be dismissed, arguing that he had failed to show the specific circumstances of the alleged fraud, as required by Rule 9.

Plaintiff’s motion was GRANTED, meaning the fraud claim is kaput, but that’s not all bad news. In fact, the Court has left the door more than a little ajar, which could allow similar lawsuits whenever a false lead is submitted by a litigant.

To understand how to take advantage of this argument, you must first understand why SmartMatch DID NOT win.

Let’s start with Arkansas common law fraud first (even though the TCPA is a federal law, fraudulent lead claims are determined according to the state’s basic law fraud standards.) has 5 elements that must be respected:

“(1) a misrepresentation of a material fact;

(3) intent to induce action or inaction in reliance on the representation;

(4) justified reliance on the representation; and

Since this is an allegation of fraud, allegations establishing each of these elements must be pleaded with precision under Rule 9(b) and not just the typical “clear statement” of the case/plausibility standard. of Rule 8.

The Court in Hastings simplified the specificity requirement by requiring the litigant to identify “…who, what, where, when and how” of the material misrepresentation. »

The Court did not dispute SmartMatch’s “where”, “when” and “how” claims. The “who” and the “what” hung up SmartMatch, however.

The “who” alleged by SmartMatch was not just Hastings. It was Hastings Where his agent. The Court concluded that this allegation was not sufficiently precise since it did not actually identify who made the allegedly fraudulent statement.

SmartMatch’s counterclaim also failed on the “what” identification. Rule 9(b) requires that the allegation of fraud specifically describe the content of a misrepresentation. The main issue the Court highlighted was that it had not “alleged the specific language of the consent disclaimer associated with the electronic submission of personal information.”

The Court also addressed the requirement of damages for an allegation of fraud. The Court seemed to imply that only the appellant party could have suffered damages as a result of the fraud, but in a footnote the Court suggested that it might want to clarify who is paying for the defendant’s defense costs. action, which is a pretty big clue. in terms of the types of damages that might be recoverable here.

Hastings is good news for sellers who are transferred from calls that have been made to litigants. While it can often be difficult to determine if the underlying lead, often purchased from a downline partner, is valid, it is usually fairly easy to determine if the attorney has feigned interest in the product to allow a transfer. Hastings seems to suggest that even when an underlying track was invalid the act of a litigant pretending to be interested in a good or service is himself fraudulent enough to permit a counterclaim. This would mean that sellers who receive forwarded calls might be able to see some form of compensation from the plaintiff themselves in lawsuits where the case was only prosecuted because of the conduct of the claimant. caller who claimed to want the calls in question.

Whether Hastings is extended, it could be really good news for primary buyers – while the parties who actually made the call would still be liable (their calls were made regardless of subsequent representations). Thus, the consumer would not really lose a remedy here. They would simply lose the ability to sue the innocent primary buyer. Seems like everyone wins.

Again, the Tsar has just reported on another case that went the other waythen….

We use cookies on our website to give you the most relevant experience by remembering your preferences and repeat visits. By clicking “Accept All”, you consent to the use of ALL the cookies. However, you may visit "Cookie Settings" to provide a controlled consent.
Cookie SettingsAccept All
Manage consent

This website uses cookies to improve your experience while you navigate through the website. Out of these, the cookies that are categorized as necessary are stored on your browser as they are essential for the working of basic functionalities of the website. We also use third-party cookies that help us analyze and understand how you use this website. These cookies will be stored in your browser only with your consent. You also have the option to opt-out of these cookies. But opting out of some of these cookies may affect your browsing experience.
Necessary Always Enabled
Necessary cookies are absolutely essential for the website to function properly. These cookies ensure basic functionalities and security features of the website, anonymously.
Functional
Functional cookies help to perform certain functionalities like sharing the content of the website on social media platforms, collect feedbacks, and other third-party features.
Performance
Performance cookies are used to understand and analyze the key performance indexes of the website which helps in delivering a better user experience for the visitors.
Analytics
Analytical cookies are used to understand how visitors interact with the website. These cookies help provide information on metrics the number of visitors, bounce rate, traffic source, etc.
Advertisement
Advertisement cookies are used to provide visitors with relevant ads and marketing campaigns. These cookies track visitors across websites and collect information to provide customized ads.
Others
Other uncategorized cookies are those that are being analyzed and have not been classified into a category as yet.
SAVE & ACCEPT